Being a self-taught developer takes commitment to continuously improve on my skill set. My current focus for the future is Javascript ES6, Typescript, React, React Native and Redux. 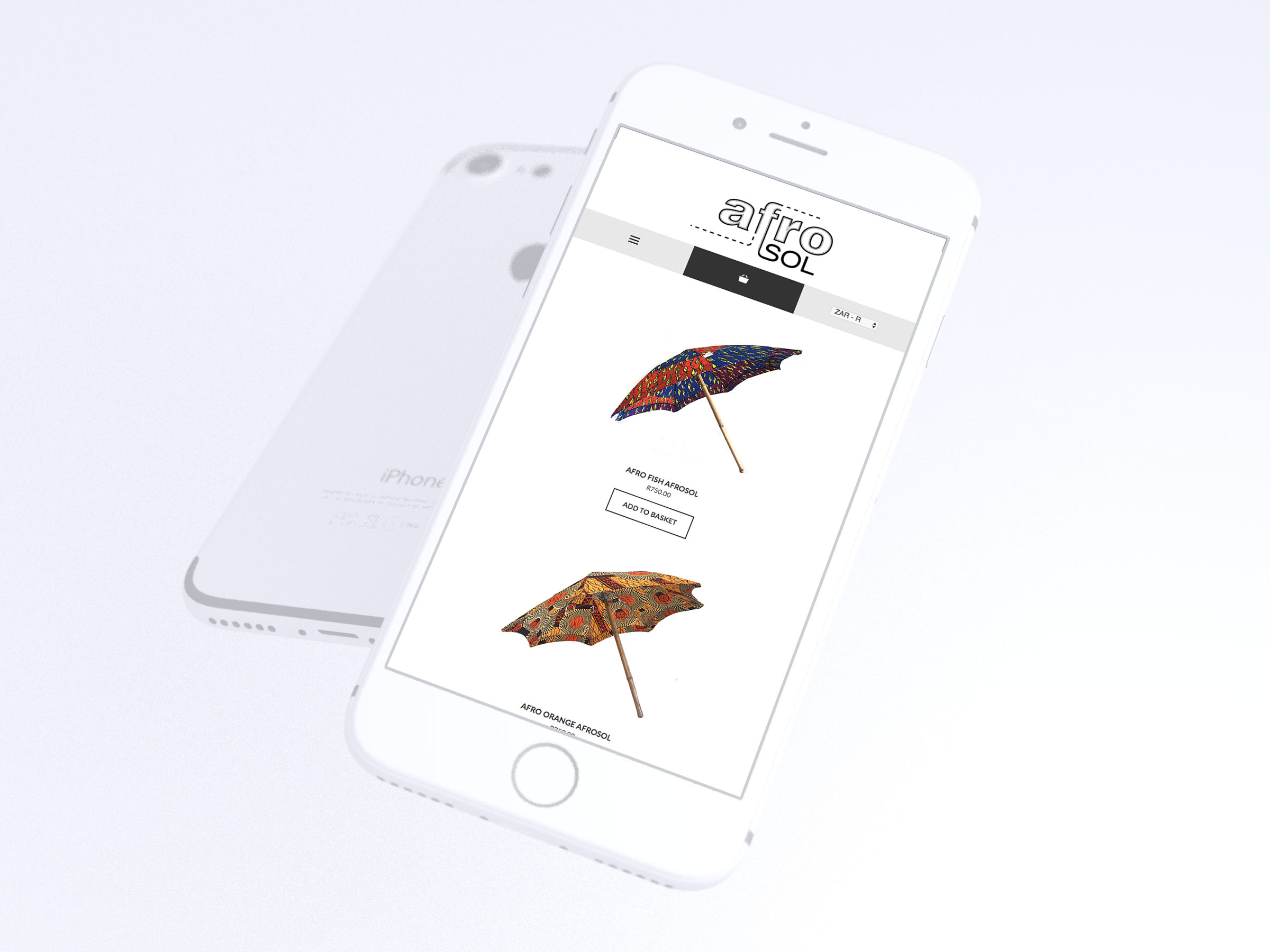 Afrosol make Handmade African Parasols, enabling customers to enjoy the sun while keeping cool. The parasols are made with Bamboo, Wire & Fabric. There’s an Afrosol for everyone. This was a website for a freelance client. They have an existing main website and wanted to expand by having an online presence. I lead development and design and have created a online shop using WooCommerce as the provider. The entire codebase is managed using BitBucket and Git. 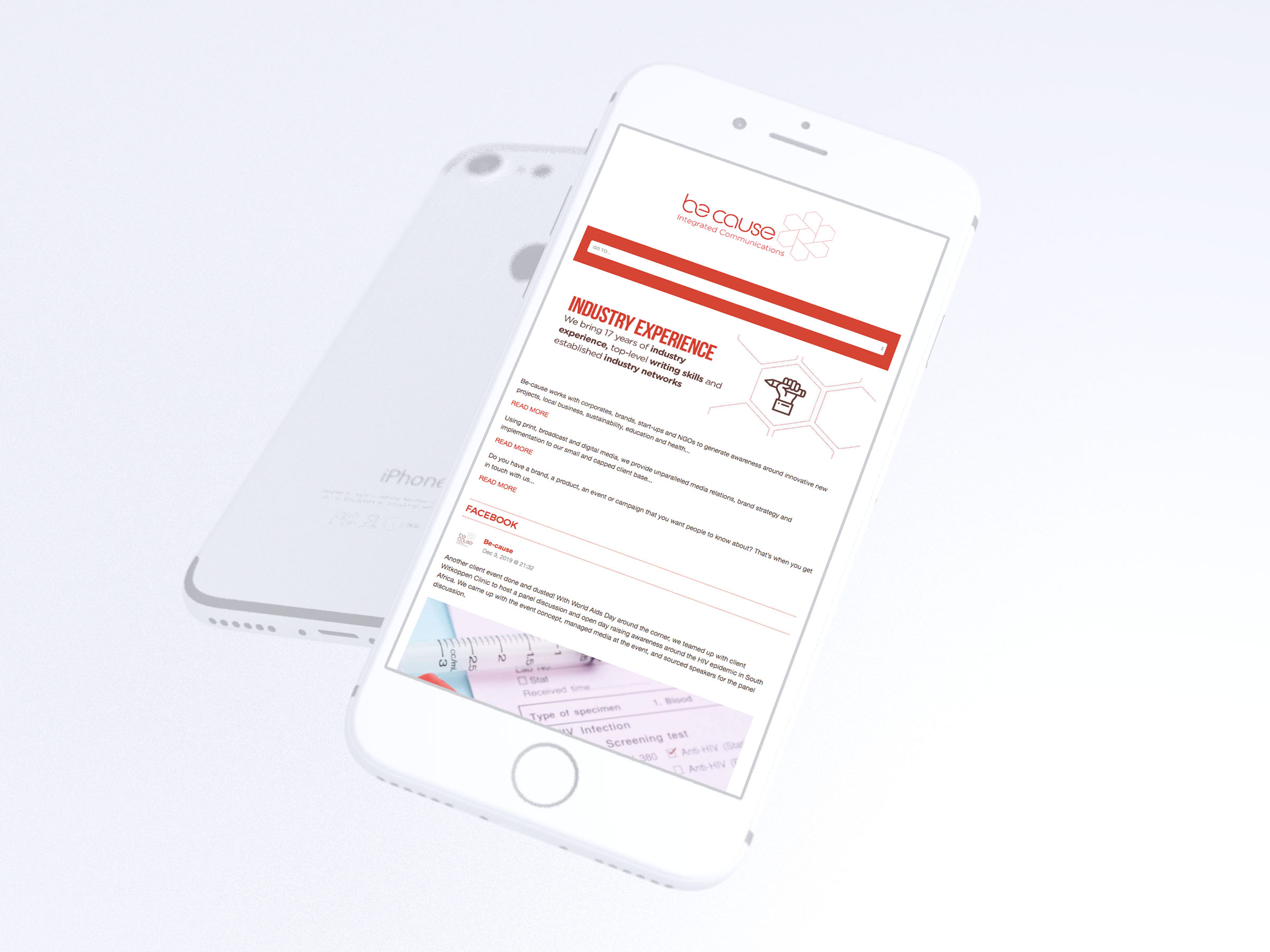 Be-cause works with corporates, local brands, start-ups and NGOs to generate awareness around innovative new projects, local business, sustainability, education and health. I have assisted Be-cause with creating new features and maintaining the core software as well as plugin and theme files. 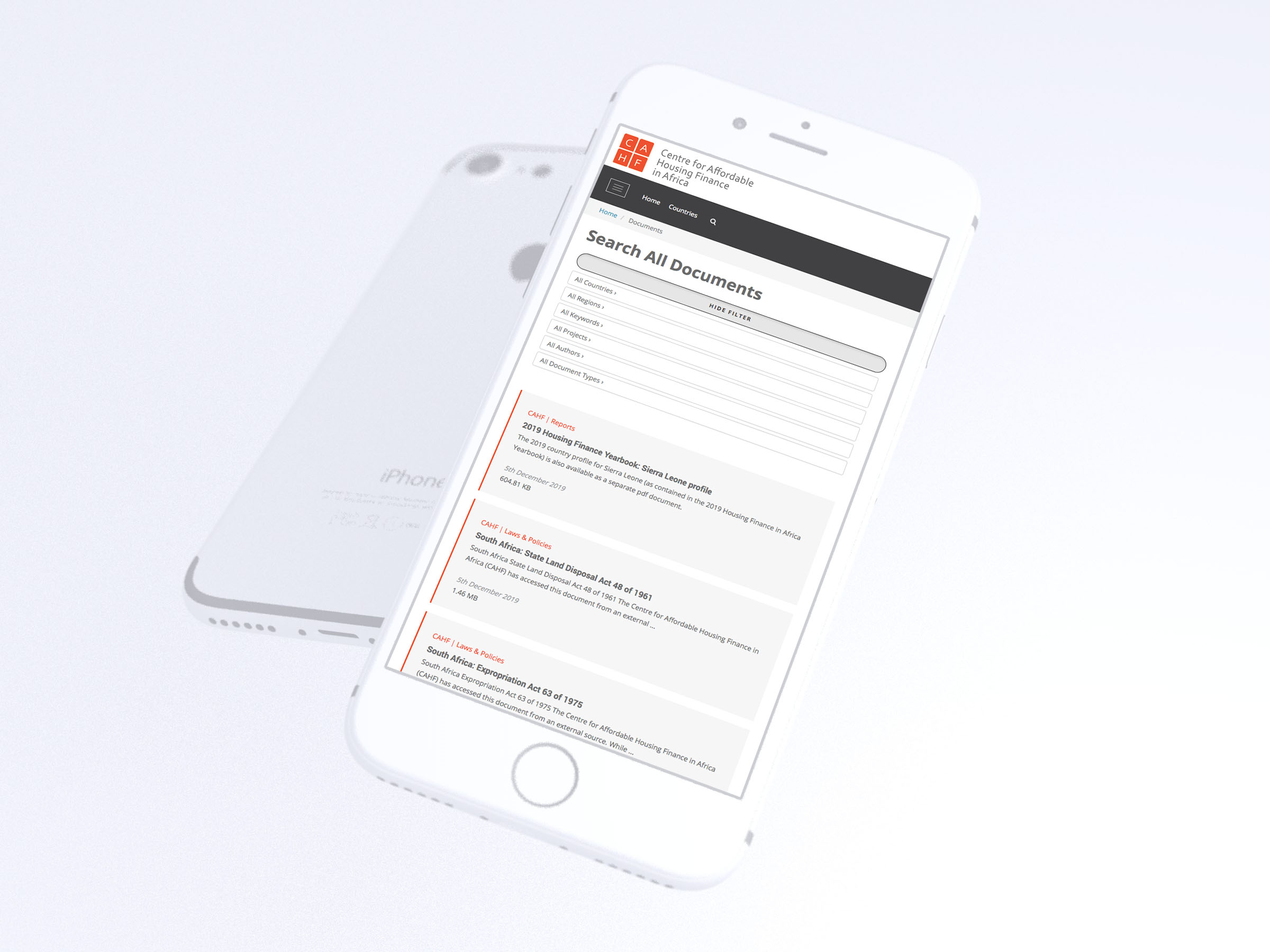 Centre for Affordable Housing in Africa

(CAHF) is a not-for-profit company with a vision for an enabled affordable housing finance system in countries throughout Africa, where governments, business, and advocates work together to provide a wide range of housing options accessible to all. I assisted on the initial development of this responsive WordPress based website. I worked on the pattern library, WordPress integration with Timber (Twig templating), and data migration using the WP REST API. The build system is setup using Gulp with Sass as the CSS preprocessor. Deployment is managed using BitBucket Pipelines and Git. 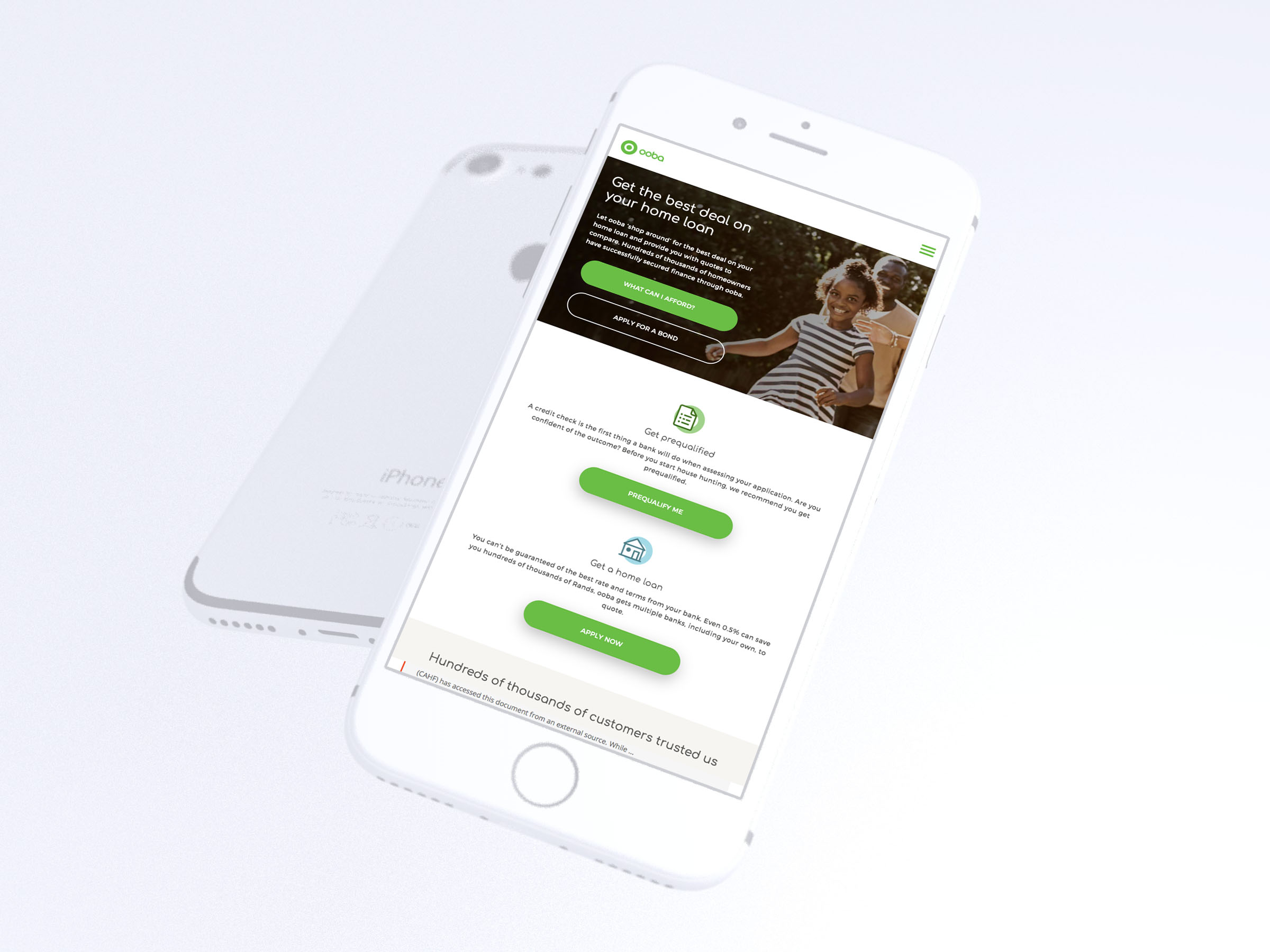 Ooba is South's Africa's leading home loan experts and have helped hundreds of thousands of customers get their home loan approved. They provide affordability tools, multiple quotes and insurance packages, and pride themselves on assigning a dedicated expert to each client. I was the lead developer and project manager for this website. I worked with the designers to ensure each component considered how a user would be interacting with the website. I developed custom Beaver Builder modules which was used with the Beaver Builder themer. This allowed flexible population of the front-end. I re-developed their set of 6 calculator tools using curl, XML, AJAX actions and jQuery. They also have their own lead generation API which was consumed using json, WP Remote Post, AJAX actions and jQuery. This implementation included a failed leads email service, which sends the client all information if the response code is anything other than a 200 or 201. The build system is setup using Codekit as a compiler with Sass as the CSS preprocessor. Deployment is managed using BitBucket Pipelines and Git. 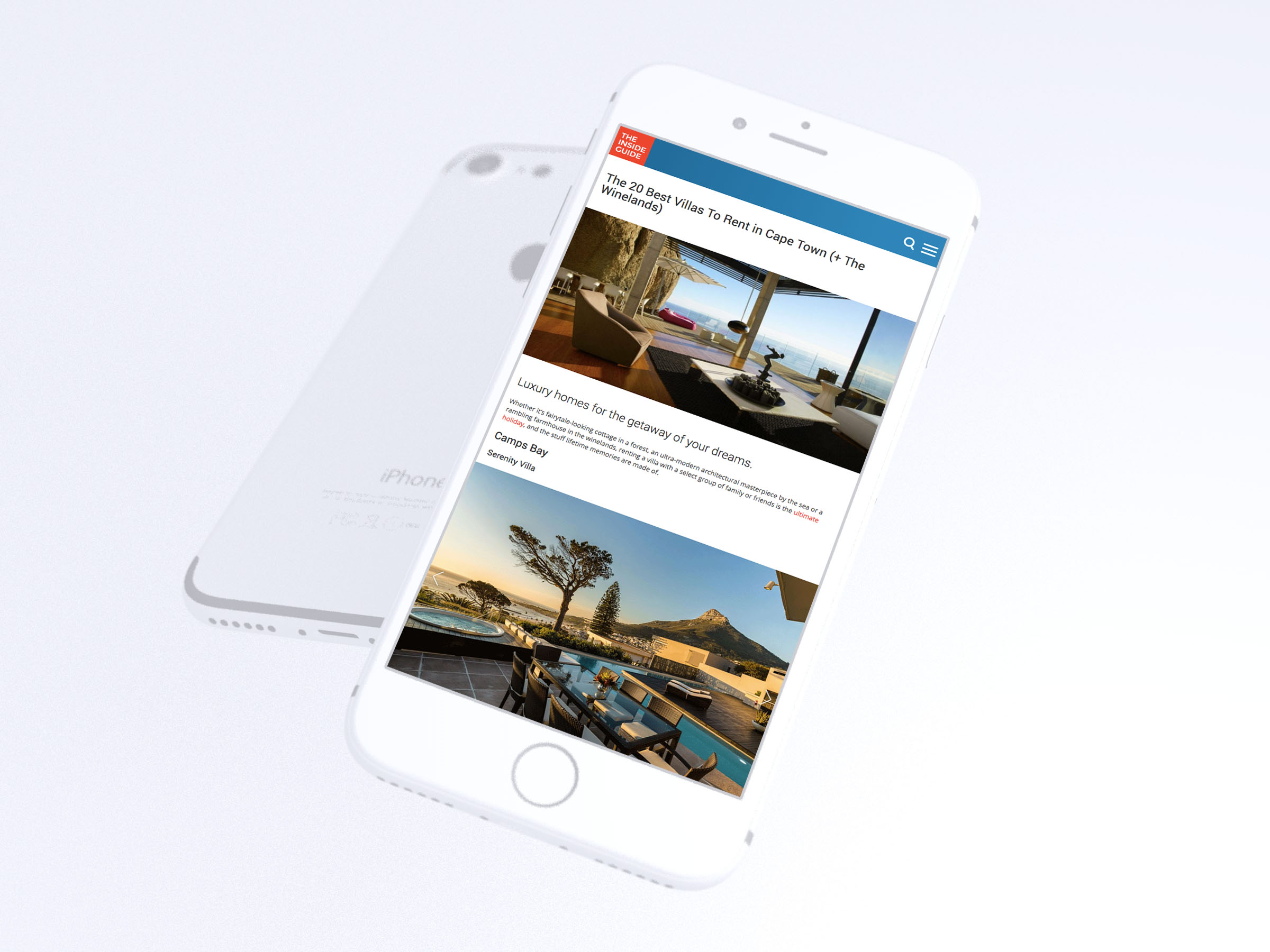 The Inside Guide is a handy directory of what’s happening in and around Cape Town, curated by a small team of passionate Capetonians. I assisted with the initial development and have since become the lead developer. Being involved in every aspect of the project, I have created various wireframe concepts for layouts and have presented design overhauls. I am currently working on creating a fully integrated booking system that consumes the NightsBridge API. This will allow users to view properties, the availability of the property and if they so wish book and pay. The build system is setup using Gulp with Sass as the CSS preprocessor. Deployment is managed using BitBucket Pipelines and Git.